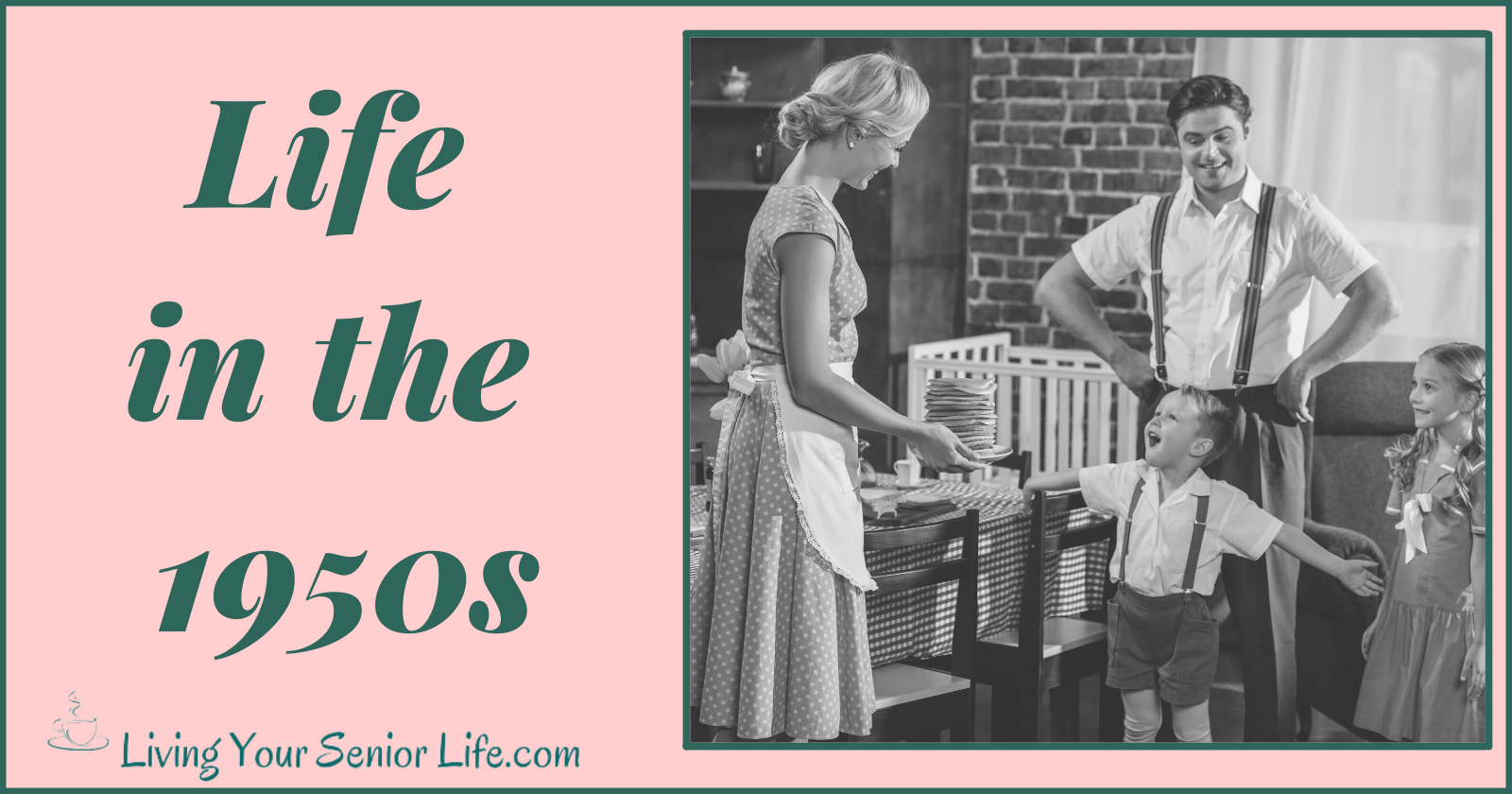 Whether you experienced the 1950s or are just curious, Life in the 1950s – A Trip Down Memory Lane will give you insight into some of the events, fads, and lifestyles that mark that decade.

With WWII ending a few years before, there was a renewed spirit of hope and economic expansion in the 1950s. The decade has been referred to as the golden age, and baby boomers were arriving on the scene. By 1952 inflation had receded, and The United States was a major influential economic power.

A significant medical finding by Jonas Salk irradicated much of the crippling disease, polio, in the United States by way of vaccination. Mass inoculation of school children started in 1954. By 1955 more than 4 million doses of the vaccine were given, and the drop in polio was substantial.

By 1959, 90 other countries had begun administering the vaccine. Polio is now very rare in the United States. Elsewhere in the world, there are approximately 250,000 cases of polio a year – most in countries where the vaccine is not widespread.

In 1957 the Soviet Union launched Sputnik 1. This was the first satellite to orbit the earth. The space race had begun between the Soviet Union and the United States. It was during this time, in 1958, that NASA was founded. The race went back and forth with successes and failures by both countries.

It is said the United States won the race with the Apollo 11 mission when Neil Armstrong and Buzz Aldrin landed on the moon via a lunar module called the Eagle on June 20, 1969. Neil Armstrong was the first man to walk on the moon with the famous words still heard today, “That’s one small step for a man, one giant leap for mankind.” Buzz Aldrin followed next, and the two spent about 3 hours walking around the moon. Michael Collins, the third cosmonaut, remained in orbit piloting the mother ship.

In 1959 two new states were added to the United States – Alaska and Hawaii became the 49th and 50th states.

In 1867 The United States bought Alaska from Russia. In 1912 Alaska was considered a military district and was considered a territory. Since the 1920s, Alaskans had sought statehood. It was on January 3, 1959, President Eisenhower declared Alaska the 49th state of the union.

Hawaii became an American territory in 1900. Hawaii petitioned to become a state many times during the 60 years between its being acquired as a territory and finally being allowed to become a state. On August 21, 1959, President Eisenhower signed the official proclamation admitting Hawaii as the 50th state.

There were quite a few innovations that became more popular and standard in the automobile of the 1950s. Four of the major ones are:

Some of the automobiles first manufactured in the 1950s are:

The popular dresses of the 1950s were cinched at the waist and flared out to right above the knee. Known as swing dresses petticoats were worn underneath to give fullness.

When thinking about the 1950s and men’s fashion, one of the first images might be that of Fonzi in the popular T.V. show “Happy Days.” And though that was the fashion, many young men wore suits and they were still worn by men and especially in the office.

Probably no shoe of the 1950s is as iconic as the black and white saddle shoe. Worn with bobby socks and a poodle skirt was a very popular trend for teens and women.

Saddle shoes weren’t only popular with women and girls but men as well. For men, the color of choice was usually brown and white.

One of the most popular hairstyles for men was the pompadour. The pompadour became even more popular when worn by stars such as Elvis and James Dean.

Men also wore their hair short with a side part, and crewcuts were also popular.

Other popular women’s hairstyles in the 1950s include the classic ponytail, bouffant, soft bob, and pixie cut.

The 1950s ushered in Rock-n-Roll. Artists like Elvis, Ricky Nelson, Chuck Berry, and the list goes on and on had emerged.

By the end of the decade, television was in the homes of most Americans. In fact, the 1950s has been described as the Golden Age of Television. With the competition of television and the peak of drive-in movies, larger-than-life stars lit up the screens.

In the 1930s, there was the goldfish swallowing fad. While the 1950s brought both panty raids and phonebooth cramming.

Panty Raid A prank where large groups of college men would invade female dorms and steal their panties. This was the first college fad since the goldfish swallowing of the 1930s. The first documented incident occurred in 1949 at Augustana College in Illinois, but it was the next incident at the University of Michigan in 1952 that began panty raids across the nation. Many times the women would open their doors and windows and toss out their undergarments. These harmless pranks soon saw injuries, and the colleges began penalizing those men involved with suspensions.

Phone Booth Cramming – 1959 -a fad where several people would enter a phone booth until no more could fit in. The record was set on March 20, 1959, in South Africa, where 25 people were able to squeeze in. Soon after, the fad fazed out.

For 1950s Memorabilia on Amazon

A few of the games we love and play today originated in the 1950s.

If you enjoyed looking back at life in the 1950s, other articles you might enjoy are:

In looking back at Life In The 1950s – A Trip Down Memory Lane, I hope you were able to revisit some fond life events. If you didn’t live during that time, my hope is you were able to learn something new about the decade.

What is Aging Skin?