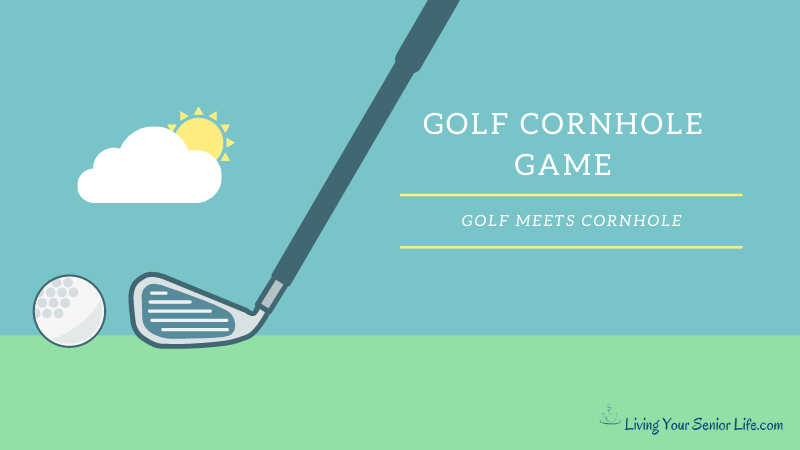 If you’re not familiar with the Golf Cornhole Game, it can be described as a spinoff of the traditional cornhole bean bag toss game. The difference is instead of using bean bags, you’ll be putting/chipping a golf ball with the hopes of getting it into a scoring hole on a board 15 feet away. In Golf Cornhole Game – Golf Meets Cornhole, you’ll explore the equipment you need, how to play, and how points are scored in golf cornhole, or as you might see it spelled corn hole.

A simple game that can give hours of fun for most ages, golfers and non-golfers alike. It’s simple enough that even children can play with a little coaching.

You can find a variety of golf cornhole sets at many price points. Two examples are shown here. If you have the ability you can even make them yourself.

Most golf cornhole sets will come with:

That’s it, that’s all you need to play.

How To Play Golf Cornhole

There are various ways to play Golf Cornhole – here is one way.

How Are Points Made

1 point – Hitting the board

3 points – Getting the ball goes into the big hole

5 points – Getting the ball into the small hole

Whether you are a serious golfer, just starting out, or not a golfer at all the Golf Cornhole Game – Golf Meets Cornhole is a game that nearly everyone can play. So for your next outdoor barbeque, family get together, or even when you’re alone bring out the club and play a few rounds.

If you have any experience with cornhole golf I would love the hear them. Please comment below.