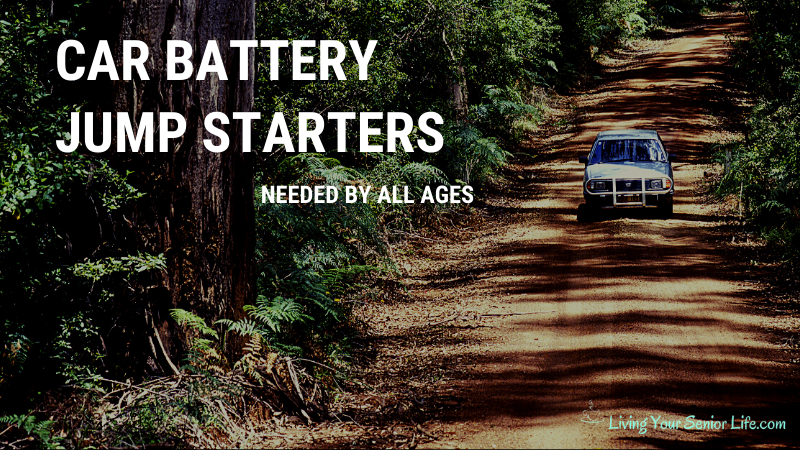 Have you ever had the “oh no” moment? You go out to your car, fully expecting it to start, and oh noooooooo, you have a dead battery. This happened to me a few weeks ago. If only I had a jump starter, it would have made my day so much easier. I now honestly believe a Car Battery Jump Starter-Needed Is By All Ages and essential to every driver. It will prevent these types of moments and, at the very least, give the owner some peace of mind.

Is Getting a Battery Really This Difficult?

What happened that fateful day is I got ready for work, went out to my car, and the battery was dead. That day, I was scheduled to work before most stores were open, so what was I supposed to do?

I checked my paperwork, and the last battery I bought was still under warranty – great, well, except the store I bought it from didn’t open for a few hours.

I do have roadside service with my insurance policy, but I didn’t know how long it would take – I write below how that went.

I did a google search looking for a mobile car service but couldn’t find any that were open at that time.

Since I no longer have that particular service, I went to their website to see if anything was available for non-members.

Wow, their website advertised you didn’t have to be a member – the cost would be a little extra, but I was desperate to get to work- so I called them. Once I reached the operator, she told me you did need to be a member, and if I became one, then they could send someone out —–24-48 hours later — Not a viable option.

I waited until the automotive company I use regularly, and who did replace my last battery, opened, and I called them. They needed me to leave my car there the whole day, and they would squeeze it in. Well, that wasn’t great, but at least it was something. I told them I needed to call my roadside service to have my car jump-started, and then I would bring it in.

The Day Gets Better

I have to say I’ve never used my insurance roadside service, so I wasn’t sure what to expect. To my pleasant surprise, they had somebody out there within the hour. It would have been faster, but the tech was about 1/2 hour away.

When the tech arrived, he jump-started my battery, and I was on my way.

As it turned out, when I got to the automotive shop, they explained the battery was not under warranty because they had replaced it once before, but instead of leaving the car there for the day, I was able to wait for it.

Alas, about an hour later, my new battery was installed, and I was on my way.

But going through this mess, I thought, wouldn’t it be great if I had a portable jump starter.

If I did, life would have been so much easier that day. I could have jump-started my car and made it to work. As it was, I used my last sick day that day. Luckily it was toward the end of the year, and I’ve been healthy…knock on wood.

It became clear to me that I needed to be better prepared for these types of situations. And thus, began the search.

The Search Is On

I thought this part would be easy. Go to the web and google car battery jump starter. Yeah, that part was easy, but I had no idea there would be so many, and what was important for it to have, I had no idea.

Well, son-in-law to the rescue. He’s one of those guys that can fix cars. He learned when he was young and always is tinkering with cars. He aided in my search and showed me some important aspects of a charger, and I’m sharing those with you.

Some Things For You To Consider:

What Choice Did I Make?

Considering what was important to me, I ended up purchasing a Rugged Geek RG1000. It was what I thought fit best with my needs.

To see a full comparison review of 5 Battery Jump Starters see my article,

All in all, maybe my experience was a good one – it’s easier to say that afterward. It made me aware of how unprepared I was for unforeseen events and my car.

Having bought the Car Battery Jump Starter made me feel more confident that I will be prepared for the unexpected next time – at least as far as dead batteries and flat tires are concerned. I’m considering getting an emergency car kit to be even better prepared.

I hope in reading, Car Battery Jump Starter-Needed By All Ages, you are considering having one in your car.

Have you had an experience with a dead battery or other car problems? I would love to hear about them. Please share below in the comments.

Table of Contents hide
1. Is Getting a Battery Really This Difficult?
2. The Day Gets Better
3. But What If?
4. The Search Is On
5. Some Things For You To Consider:
6. What Choice Did I Make?
Home » Blog » Car Battery Jump Starter-Needed By All Ages

2 thoughts on “Car Battery Jump Starter-Needed By All Ages”