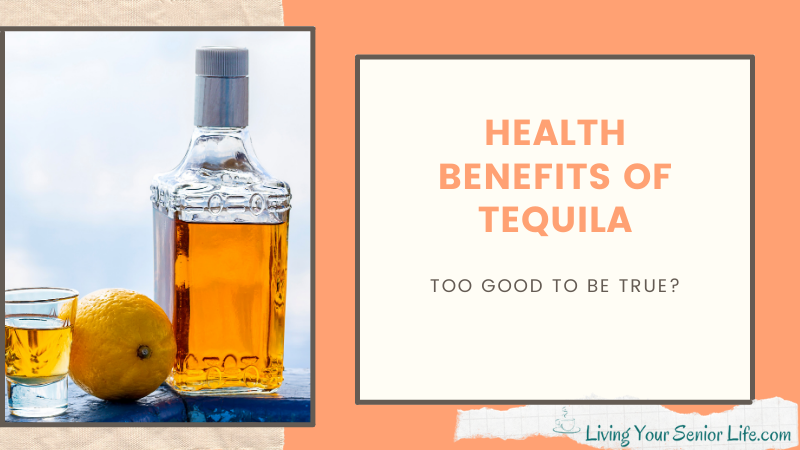 In recent years there has been an increase in claims that tequila possesses an elixir of health benefits. 7 Amazing Health Benefits Of Tequila- Too Good To Be True? Explores seven recent claims of the benefits of tequila and helps you discover if they are indeed fact or fiction.

This article is for information purposes only and should not be used as an alternative to medical advice or seeing your doctor. Keep in mind that if you have any disease, condition, or take medication, you need to have a discussion with your doctor before drinking tequila.

When talking about aphrodisiacs, alcohol might be one of the first things that come to mind. How does tequila rate in this category, and does it create amorous feelings?

The aphrodisiac properties found in tequila are derived from the Damiana flower that has been thought for centuries to be a potent aphrodisiac.

There isn’t much substantiated scientific evidence to support claims that the Damiana flower used in tequila is an aphrodisiac. Most support comes from folklore passed down through generations and not modern research. However, this doesn’t mean the claims aren’t valid.

Having said this, tequila or any other type of alcohol shouldn’t be used in place of medical advice regarding a lack of sex drive.

Diabetes, or Diabetes mellitus, is a metabolic disorder that results in abnormally high levels of sugar (glucose) in the blood. Typically the pancreas produces insulin that aids in the uptake of sugar into the cells. When the pancreas isn’t performing as it should, there is an increase in blood sugar levels, increasing the risk of diabetes.

Could it be possible that tequila can help with the metabolic process of those who have diabetes?

An interesting study was conducted at Polytechnic Institute Of Guanajuato in 2010 that claims that fructans (polymers of fructose molecules) found inside the blue agave plant can enhance the hormone glucagon-like peptide-1 aka GLP-1 secretion of insulin inside the body.

As reported at the 247th National Meeting of the American Chemical Society (ACS), a study done in 2014 found that agavins (natural sugars) found in the blue agave plant are not easily digested or easily absorbed in the blood as other sugars are. Because of this, consuming agavins may aid in weight loss and reduce the risk of obesity, which increases the risk of developing type 2 diabetes.

It’s doubtful that tequila will be found to be a cure for diabetes. Much more research is needed but wouldn’t it be amazing if it is found that the blue agave plant could provide some relief in controlling blood sugar levels. Remember, these compounds located in the blue agave plant, and their possible benefits are not the same as drinking tequila.

If you have diabetes, talk to your doctor before you start taking shots of tequila.

Could bone health really be enhanced by consuming tequila? Could there be a new treatment for osteoporosis? As reported in The Pharmaceutical Journal, there was a study done by researchers at Mexico’s Centre for Research and Advanced Studies that raises the possibility.

What these researchers have shown is that blue agave (found in tequila) contains fructans. During digestion, fructans (polymers of fructose molecules) aid in absorbing both calcium and magnesium. Calcium and magnesium are essential for bone health.

Mice were used in this study. To mimic osteoporosis, the ovaries of the female mice were removed. Then over the next eight weeks, agave fructan was administered to the mice. At the end of 8 weeks, bone samples from the femur (thigh bone) were taken. Both osteocalcin, a protein that signals the production of new bone, and mineral absorption were measured.

This study showed some great promise in the treatment of osteoporosis. However, the study hasn’t been carried over to humans. In research, just because something is promising with mice doesn’t mean the results will carry over to humans; more research is needed. It also behooves us to remember that the mice didn’t drink tequila but were given a chemical found in tequila.

When we look at tequila and digestion, it comes back to blue agave. If you remember from above, agave contains fructans and fructooligosaccharides. These are thought to act as prebiotics and probiotics.

You may have heard of probiotics, but what are prebiotics? Prebiotics are compounds that are not digestible, so they do not break down in the stomach but flow through to the intestines. Once in the intestines, the dietary fiber of prebiotics feeds the good bacteria in the digestive tract or, more specifically, the gut. In other words, the prebiotic elements of tequila help the intestines become a more friendly environment for healthy bacteria to flourish.

In addition to prebiotics, tequila also has probiotics by way of fructans. Probiotics maintain good bacteria in the body and boost the immune system.

According to New York Daily News, tequila may be conducive to lessening pain. When tequila enters the body, it dilates blood vessels and also helps with the transports of blood through parts of the body and, in doing so, can lessen pain. When it enters your system, tequila dilates the blood vessels and helps transport blood to all of your body parts, easing pain.

If you have visited Mexico or have friends or relatives from Mexico, you might have heard how, for centuries, tequila has been used as an anti-inflammatory. Three types of Agave (the plant that tequila is derived from) are Agave tequilana, Agave americana, and Agave Angustifolia for centuries. Within these plants’ leaves is a compound called saponin. Saponin is thought to contain anti-inflammatory properties.

One study conducted at The study noted all three agave species had an anti-inflammatory effect when scientists injected it into mice with swollen ears, though A. Americana had the most potent effect.

However, if you are experiencing pain or inflammation, seek your doctor’s advice and not rely on alcohol for any long-term use. Moderation is the key.

Tequila and other alcohol can help calm nerves and relax you to get some sleep. It can help a person fall asleep faster. It sounds like a good idea, especially if you are tossing and turning and not getting to sleep.

But not so fast; Irshaad Ebrahim, medical director at The London Sleep Centre in the U.K, has found tequila disruptive to sleep, particularly in the second half of the night when REM sleep appears.

REM sleep takes place about 90 minutes after falling asleep and when dreaming occurs. This part of the sleep cycle is thought to be when our bodies are in a restorative state. When REM sleep is disturbed, the effects the next day can show themselves as being tired and having poor concentration.

Tequila may help in falling asleep quicker but shouldn’t be used excessively. If you have insomnia, instead of reaching for tequila, seek the advice of a doctor.

Could tequila be the wonders of all wonders in weight loss? It goes back to agave – As discussed above, agave contains a natural sugar called agavin. Agavins are not easily digested and act as dietary fiber; thus, some people feel fuller after consumption and therefore eat less.

Though some people may feel fuller, I’ve never experienced that effect when drinking tequila – I’m usually looking for some chips and guacamole. Which do you experience?

An ounce of tequila contains 64 calories. You might not think that is too bad, which it isn’t in itself. However, the calories pile up when mixed with other ingredients. For instance, a margarita, a popular choice of drink made with tequila, can have upward of 200-300 calories depending on the ingredients and size.

Remember, pregnant women, individuals under the legal drinking age, individuals with certain medical conditions or taking certain medications, those that are unable to control the amount they drink or recovering from an alcohol use disorder, anyone operating machinery or driving a car should not drink alcohol.

Tequila has been around for centuries and in that time has been used socially and also for different ailments. Are the more recent claims of 7 Amazing Health Benefits of Tequila- Too Good To Be True? or great science? Whatever your take is do know that alcohol consumption in excess can be addictive and can cause other diseases. Drinking tequila or any alcohol should be done in moderation and responsibly.

Have you had any health benefits you believe you’ve achieved with tequila? Please comment below.